Cavalier Feature: Shake it Up

Walking into Mrs. Kornelis’ room in the middle school, one notices a sign that beckons students to “be a good human being.” Though perhaps a tad vague in terms of a sharply-focused thesis for a Pulitzer Prize-winning essay, the sentiment encompasses much of what we desire for our students.  Yes, we want them to be able to recite causes of the Civil War, to factor out a polynomial, and even, gasp, to correctly punctuate an appositive phrase. But more than that, what we truly, deeply desire involves their maturity and their growth. The first pillar of the CVC mission statement calls it “Cultivating responsible Christian adults.” Put more simply, we’d like each one of our students to “be a good human being.”

To that end, this year in the middle school we launched a new enterprise called the Cavalier Shake. Birthed in the tradition of the Amazing Shake, held every year at the Ron Clark Academy in Atlanta, the Cavalier Shake sought to test students on the skills that really matter, the ones that determine true success in life, the ones that bring smiles to grandparents’ faces: giving a proper handshake, making eye contact, being able to engage in stimulating conversation with a stranger; i.e, those crucial people skills that allow folks to function without employ of an iPhone.

The fun began one morning last June in a CVCMS classroom with an adolescent think-tank composed of CVC teachers and some community out-of-the-box leaders brainstorming what a competition like this might look like.  We wanted to stretch kids, to test them in ways they’d never been tested before and to dream huge. “What would it look like to . . . ?” is the type of comment that echoed off the walls in that gathering. We designed a basic, 3-round system in which a wide swath of students would be eliminated at the end of each round.  Having sketched out the basic framework for the Cavalier Shake, the next step consisted of finding the dozens of folks necessary to bring vision to reality.

As we searched for adults to interact with our students in our Cavalier Shake competition, two main criteria surfaced: 1. The adults needed to be leaders: CEOs, bank presidents, industry leaders, city council representatives, business owners, community advocates (guides?).  Perhaps due to the alarming epidemic of eroding social skills among today’s youth, most leaders, when explained the competition and asked for help, wholeheartedly pledged their participation and support. Unfortunately, the second criterion somewhat limited the pool of volunteers: 2. The adults could not be integrally-related to CVC.  We didn’t want one student having an unfair advantage over another because he or she could sidle up to a table with Uncle Billy or Auntie Allison. Thus, we asked current CVC folks for the names of associates in their fields who’d be great at such a task. We compiled a database of worthy volunteers and set about trying to prepare students for the seemingly unenviable task of striking up real, live conversations with people they didn’t know.

In the month leading up to the Cavalier Shake, a common sight in a classroom might be students paired up practicing handshakes and trying to make small talk. Though some handshakes bore resemblance to limp fish and though some conversations drew “awkward” and “stilted” descriptors, by January 23, most students had acquired a growing sense of confidence in their skills, and despite palpable anxiety, most students eagerly awaited the challenge that met them in the gym that morning.

Due to the creative brilliance, stunning interior design and can-do attitude of some awesome CVCMS moms, the gym was transformed from a basketball arena into an elegant, chic, coffee-shop-type lounge featuring 36 high-top tables decorated with tablecloths and centerpieces, along with two stools at each station, one of which was occupied by one of the 36 off-campus volunteers eager to interact with our kids.  About 40 students at a time entered the gym and started at a numbered table. The first order of business for a student involved walking up to the adult, extending a handshake and introducing himself or herself. From there, the students had three minutes to ask probing questions, answer the adult’s queries and skillfully wield the sword of conversational prowess like a seasoned talk-show host. When the bell rang, the students moved to the next station and restarted the process. Call it Speed Dating meets Social Skills 101, if you will.

From there, the students had three minutes to ask probing questions, answer the adult’s queries and skillfully wield the sword of conversational prowess like a seasoned talk-show host.

Each group of students ran the extroverted gauntlet for a half hour before mercifully ending their session and escaping the gymnasium’s aroma of verbal eloquence. At each station they visited, the students left behind a personalized score sheet in which each adult judged that particular student on a scale of 1-20 in these categories: handshake, eye contact, ability to ask questions, conversational skills and having the “it” factor.

After a morning of more than 1500 nerve-wracking conversations, we narrowed the field of 165 middle schoolers down to the top 20, amid the type of raucous celebrating usually reserved for political rallies or Liverpool game-winning goals. The next morning the Cavalier Shake Top 20 received their marching orders.  Put into teams of 4, each quartet had one week to create a sales pitch for the top-level executives of the Excel Corporation. Under the premise of the Excel Corporation donating $50,000 to fund the best idea that creatively improved the school and advanced the cause of Christ, the groups had to design a 10-15 minute, multimedia, engaging presentation that would be given to the top leadership team at an off-campus site in seven days. Remember, at the outset, we dreamed huge. This huge task surely caused the students some palpable anxiety, but it also fueled innovative magic.

Seven days later, clad in their best dress-to-impress apparel, these groups walked the red carpet at the middle school amid their screaming classmates and boarded a bus to Café 210, where the Excel Execs awaited them.  One group at a time marched into the board room, delivered their pitches and skillfully answered the questions of the executives. One group at a time, they marched out of the board room, clutching Relief on their faces like a life-line. When all the groups finished, the executives deliberated before inviting the whole crew into the boardroom for some hearty commendations and the announcement of the winning group, though such an announcement came with a twist.  Of the winning group, only the two top best performers qualified for the third and final round of the Cavalier Shake. In addition, of the other four groups of presenters, the next-best overall performer also qualified for the Cavalier Shake finality, creating a trio of brave souls to face the ultimate test of poise and panache: an auditorium full of raucous middle and high school kids.

The finale took the form of a presidential debate, albeit with refreshing civility and goodwill among all participants, plus considerably fewer empty promises.

Upon a return to school, the three finalists were given a list of questions that might be asked of them in two days’ time, in an all-school assembly in the HS chapel.  They needed to prepare one-minute answers to these questions which would need to be given without the aid of any notes. Two days later, the entire middle and high school student bodies converged in the gym where the three finalists, with nerves pinballing inside them, took the stage.

The finale took the form of a presidential debate, albeit with refreshing civility and goodwill among all participants, plus considerably fewer empty promises. Hearing the roar of the crowd with each answer, the contestants summoned uncommon poise in articulating their views on such things as the school dress code or what Jesus would think of CVCMS, and after awaiting the tallying of the final scores by the judges, 8th grader Brooke O’Leary was announced as the inaugural Cavalier Shake Champion.

Summing up an inaugural event can be done in myriad ways, but perhaps the most telling way to adequately process the experience is to quote the multiple students who offered unsolicited feedback about the event. Perhaps it was the enormity of the occasion or maybe just the fact that the Cavalier Shake treated students used to expectations of immaturity to be treated as adults. Either way, multiple students, with near-tears in their eyes, simply said, “Thank you for putting this event together.”

With that kind of stamp of approval, we’ll call our inaugural event a success and look forward to Cavalier Shake 2019.

To learn more about CVC’s cultivation of Christ-like adults, pursuit of academic excellence and our strong, loving community, click here! 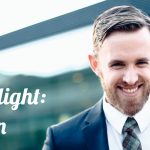 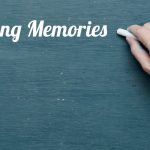