The Recorder, and Why It’s Worth Your Child’s (And Your) Time

Early music education is important at Central Valley Christian Schools, and every grade starting with Kindergarten get regular music exposure. We value the arts! Special thanks to our HS/MS Band Director and 4th-6th Music Teacher, Steve Daniels, for this blog feature!

To many people, the recorder brings thoughts of little kids laboring to play primitive melodies with a shrill tone. However, the recorder is a real instrument that is capable of producing beautiful music while providing opportunity to teach many aspects of music to our 4th graders.

The recorder was invented in the 1300s and was made out of a wooden tube with finger holes. The instrument each student uses in music class follows that design but is made out of plastic. It takes skill, technique and practice to play a recorder correctly, just like any musical
instrument.

The recorder got its name from King Henry IV of England in 1388. The name “recorder” came from the Italian word ricordare, which means, “to remember”. King Henry said that the instrument helped him remember the songs of birds.

Recorders are part of the woodwind family and were the main woodwind instrument of the orchestra in the 1600s. During the 1700s, it faded in popularity as other instruments such as the flute, clarinet and oboe were developed. In the 1930s, music teachers in Germany began using the
recorder as a classroom instrument. Since that time, recorders have commonly been used around the world in music education.

Recorder classes are a great way to get kids started on learning other instruments, and how to play in a band!

I begin recorder instruction by teaching students the basic concepts by rote. Just like how we learn to speak by listening to our parents, the students copy the tone production and finger positions I display. Soon they are able to successfully play several melodies like “Hot Cross Buns”. Once initial concepts are mastered I incorporate other components of music such as note and rhythm reading, playing with expression, and following a director. As the semester progresses, we practice writing music and even complete a song composition project. Many of these are performed at the year-end recorder recital.

Near the end of the year, I tell the students that recorder class was actually “pre-band” class since it taught every student how to read music and play instruments together like a band. The fingerings of the recorder are very similar to fingerings of other woodwinds, meaning students will already know how to play melodies on those instruments. The annual recorder recital is always held on the last Thursday of the school year at 2:00 PM in the elementary MMC building. Check it out!

Music is a fundamental element to education, and we’re happy to include it in our regular curriculum! Does this sound like music to your ears? Start your application for CVC today! 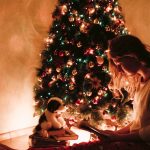 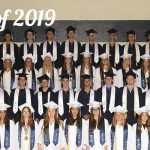