Science As Worship – An Essay

Our Class of 2019 salutatorian, Lauren Reed, applied and was accepted to Biola University’s Stewart Science Honors program with this 300-word essay response. Our staff was impressed by Lauren‘s observation and statements around the worship of God through his creation. We liked it so much, we wanted our community to have a chance to read it as well.

Q: Some science historians and philosophers believe that all science in practice is innately (naturally) and irrepressibly (uncontrollably) religious and requires faith to conduct. What is your response to this statement? Further, how does a uniquely Christian worldview change the way that science is approached, studied, and exercised?

A: Any scientist has to have some degree of faith. Science is built on assumptions about the universe. Science is built on the presuppositions that nature is consistent and uniform. The universe is an orderly place where this consistency is evenly spread throughout nature. Whenever scientists conduct experiments, they have to have faith that these presuppositions are correct and will not change. This faith is the foundation of scientific experiments and hypotheses. Without this type of faith, science would be impossible. There are, however, instances where religious faith has intersected with science.

Pythagoras, the famous mathematician who discovered the Pythagorean Theorem, started worshiping numbers. He bowed down to mathematical patterns and even had a group of followers with the same ideology, Pythagoras’ worldview came crumbling down one day at sea. One of his followers made a discovery incompatible with one of Pythagoras’ patterns and was thrown overboard. Because of this small discovery, Pythagoras’ philosophy was shattered. Pythagoras had faith in science and mathematics, but it was the wrong kind of faith.

Johannes Kepler, a scientist and mathematician, is an example of having the right kind of faith in science. Kepler believed that studying creation was a way to worship and learn Creator himself. He referred to his discoveries as ‘hymns’ to the Creator. Kepler loved God first and used science to demonstrate God’s goodness.

With a Christian worldview, science has a higher and deeper meaning. When one studies volcanoes and earthquakes, they have a greater understanding of the One who has power over these forces of nature. When one studies how complex the brain is, they have a glimpse into the wisdom of the One who created the brain. Science with a Christian worldview is a form of worshiping and having a stronger relationship with God.

When one studies volcanoes and earthquakes, they have a greater understanding of the One who has power over these forces of nature.

At CVC in Visalia, we are always connecting God’s word with the created world around us, keeping our faith integration authentic. Our students are educated in a community that believes we, along with everything and everyone around us, were created for a higher purpose–to worship! To find out more about how Central Valley Christian School and our students are rooted in God’s word, click here or email us at admissions@cvc.org. 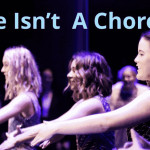 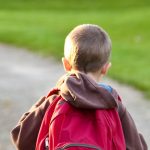