A Closer Look at Annie
By Marissa Carpenter, Director of Marketing & Enrollment

If you count the film that came out in 2014, there seems to be an “Annie” for every generation. There are some things you can count on: Annie always has a red dress. And she always gets adopted in the end. And there’s always a dog that co-steals the audience’s hearts.

I remember watching the 1999 version of Annie while recovering from a Sierra Summit (now China Peak) ski accident–it was nothing more than some skis flying off as I tumbled down the final hill in front of the lodge, and plummeted into an orange safety barrier fence. I was in a rented vacation cabin that miraculously had a handful of decent VHS tapes, which included Annie. From that point on “Tomorrow” made its way into my daily musical soundtrack (starring me) while I washed the car, raked leaves, gleaned walnuts, dried dishes and twirled in the kitchen, singing my little faux-orphan heart out.

CVC’s version of “Annie” was as heartwarming as I remember. And there’s a real dog. I think I was almost as excited as the CVC 1st graders surrounding me at the Thursday matinee showing. They also screamed when the lights went out for the show to begin, so chances are, they’ve just got a real zest for life. Another thing I enjoyed: I didn’t see a single glowing screen once the show began.

Miss Hannigan, played by Julianne Taylor, burst on stage, with some mirthless mouthing of sour words, rolling her eyes at yet another orphan dropped off at the doorstep. The scene moves to a messy, dirty orphanage room, where Annie, played by Roxanne Mayo, comforts a very sad fellow orphan. Annie reveals that she has a locket and an accompanying note that gives her hope that her parents wanted her and are coming back for her, despite her dire circumstances. Later, Miss Hannigan reenters with attempted-orphanage-escapee Annie and informs the rest of the orphans that they will be scrubbing their room until it shines! She turns on her heel, exits the room, and the girls launch into “Hard Knock Life” complete with rags and buckets, putting the “chore” in choreography with the youngest orphan Molly, played by McKenna Phillips, dressing up as Miss Hannigan and instructing the girls that they’ll “clean this room until it shines like the top of the Chrysler building!”

Later, Annie finally escapes, from under a heap of dirty sheets, out into the dirtier-still streets of New York City. She is all at once wide-eyed with wonder at her new-found freedom and scared to step any farther. She finds a stray dog and hangs out in a “Hooverville” before being found and returned to the orphanage, but not before she sings a hopeful rendition of “Tomorrow” — my adopted theme song for doing chores at home.

As the musical progresses, we’re left to wonder what will happen to Annie after her 2-week Christmas stay at Daddy Warbucks’ mansion, with more maids and manservants than one would think possible or necessary (especially near the rock-bottom of the Great Depression).

Miss Hannigan’s crook brother and his girlfriend sway across the stage to “Easy Street” and after they both laugh their nasty laughs, an elementary student near me gasps, “They’re both evil!”

The acting was pretty convincing to me too! To prepare students for the stage, Director Maddie Brouwer did a small introduction lesson on Method

Acting. “I teach them to get inside the head of their character and think how their character would think, and get in touch with their character’s emotions. I encourage them to spend some time creating a backstory for their character to figure out why their character acts the way they do and says the things they say. There are so many different ways to play one character, so we work together to come up with choices and actions that are in tune with what the character’s thoughts and feelings could be, and how the student thinks it should be.” One of those acting decisions for Annie was to choose joy. And be hopeful.

“Hope plays a huge role in Annie, and is one of the biggest messages,” said Director Maddie Brouwer. “Even when times are tough, a little hope will give you the motivation to get to tomorrow. Annie was going through a lot of struggles and trials, but the little hope her locket gave her was enough to stay positive. As Christians, we have hope that God has a plan for our lives. Whatever trials we come across in our lives, we trust in Him and look to Him for peace and hope.”

Indeed, every song that comes out of Annie’s mouth is one of joy–not to be confused with happiness, because she has been handed a “hard-knock life”; instead, she chooses to sing of hope borne in the midst of being in an abusive orphanage. She chooses to sing, not knowing who her parents are or when they’ll return. She chooses to sing after being kidnapped, and after being returned the orphanage she escaped. She chooses to sing when she finally finds out her parents passed away, and she’s found an adoptive family. “The sun’ll come out tomorrow” for Annie. And for all of us. From deep in our hearts, we can bubble over with hope about the future, because it’s not in our hands. It’s in God’s. More than a play, this was a lesson in hope and steadfastness.

Proverbs 23:18 Surely there is a future, and your hope will not be cut off.

Thespian Hopefuls
During the Thursday matinee, a few actors and the director (Maddie Brouwer) answered a handful of questions from an increasingly intrigued and inquisitive elementary audience:

Q: How long have you been practicing?
A: Three months! [Since early January.]

Q: How long do you stay after practice after bedtime?
A: A long time. [9:30pm was the latest they stayed.]

During the play, between scenes, I also heard multiple students practicing for their future theatrical feats: “We love you, Miss Hannigan!” at appropriate stage whisper levels.

To learn more about CVC’s shaping of Christ-like character in our students while pursuing excellence in both curricular and extra-curricular endeavors, click here! 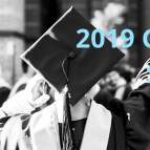 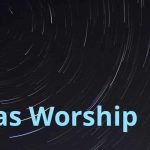